The stone industry represented by the Consortium is today made up of 5 leading companies in the production of Botticino Classico, able to sell from the raw material to the finished product, processed on site according to quality standards monitored by the consortium members themselves.

Focusing on the greater value of the marble quarried and worked in its area of origin, the Consortium has played a vital role in promoting awareness of Botticino Classico and its exports throughout the world, from the US, South America and the Middle East, to the Far East and South East Asia.

In the context of the global market, the area’s micro-economy is now active at Italian national level in the development and promotion of Italian made products throughout the world. To this end, provincial regulations and regional legislation have been introduced to protect the area and as a result Botticino Classico is now the subject of research at many Italian universities.

Technical Committee of the Collective Mark of origin

From the quarry to processing and installation. 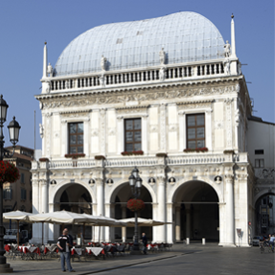 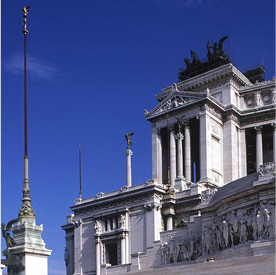 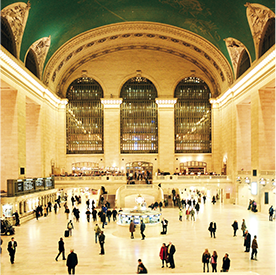 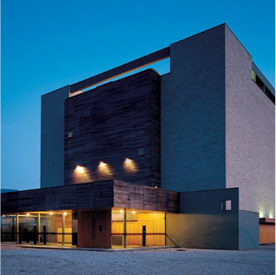 A REPUTATION SCULPTED IN STONE

Archaeology tells us that since Botticino Classico was first used more than 2,000 years ago, its history has run in parallel with that of the area in which it is quarried. Brescia was its main market from the irst century A.D. to the nineteenth century and the town offers numerous examples of the use of Botticino Classico marble in structural and ornamental contexts, including the Tempio Capitolino, a masterpiece of Roman architecture, the grandiose medieval base of the Torre del Broletto and two jewels of the Renaissance: the Palazzo della Loggia, on which both Palladio and Sansovino worked, and the sculpted façade of Santa Maria dei Miracoli. In the 17th century, Botticino Classico triumphed in the baroque art of the Duomo Nuovo.

Starting in the second half of the nineteenth century, the Industrial Revolution brought about the modernisation of the production fabric in the area and acted as a driving force behind new urban planning projects in Rome and throughout the world. With the construction of the Vittoriano complex of monuments, sales of Botticino Classico boomed and numerous new orders built its reputation both in Italy and internationally. 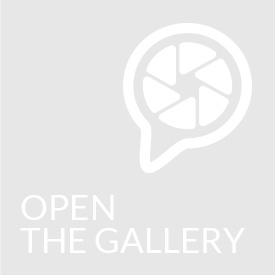 BOTTICINO MARBLE FOR THE MONUMENT TO ITALIAN UNIFICATION

On June 4, 1911 this Monument to Vittorio Emanuele II was officially opened in Rome.

Italian Prime Minister Giovanni Giolitti referred to it as “A marble anthem to the homeland”, “an epic poem written on pages of marble and bronze that will live on through the centuries”. It tooks 7 years of discussion, 26 years of work and 40 thousand cubic meters of Botticino and Mazzano marble to complete.

Botticino marble was chosen for the monument by a special commission on July 2, 1889 because of its strength, appearance and the quality guaranteed by local stone-working businesses and craftsmen.

Supplying the marble for the greatest monument to Italian uniication represented a remarkable opportunity for the Botticino marble area, driving development which has continued apace since then.

Designed by Whitney Warren and Charles D. Wetmore in neoclassical style and built in the period 1903 to 1913, Grand Central Terminal, the world’s largest railway station with 44 platforms, stands midway along Park Avenue in New York City.

The facade is dominated by a huge clock and the three sculptures of Mercury, Hercules and Minerva which tower over it. Beneath them is a statue of the railway magnate Cornelius “Commodore” Vanderbilt. Inside, the main concourse has a huge vaulted ceiling (about 40 meters high, 40 meters wide and 80 meters long) covered by a great astronomical mural, in which the zodiac section is famously painted backwards because of a mistake by the artist.

Every day about 550 trains pass through Grand Central Terminal and half a million passengers, who traditionally meet outside the information office in the centre of the main concourse. Grand Central Terminal has also been used as the set for many famous films: Twentieth Century (1934), Cotton Club (1984), The Fisher King (1991), Carlito’s Way (1994) and The Untouchables (1987), to mention just a few. In 1904 Botticino Classico marble, because of its compactness, strength, versatility and appearance, was used to clad the majestic interiors of Grand Central Terminal, including:

• the skirting around the interior walls of the building;

• the ticket offices and the circular information office, located in the main hall;

• the wall cladding in the entrance to the station and the dining and shopping concourse in the basement.

The exceptional chemical and physical properties of Botticino Classico mean its versatility is practically limitless.

Resistance to freezing, changes of temperature and impact make it ideal for exterior cladding, while when polished it displays stunning chromatic effects for interiors. Finally, when sculpted, its monumental impact has a grandeur second to none. Which is why it plays a leading international role in contemporary fine architecture projects and other prestige contexts like the office loors at the new Teatro alla Scala in Milan.

And why exclusive hotel chains choose it to create spectacular interiors, including the new Hilton and Sheraton in Buenos Aires or the Shin Hanky Hotel in Kyoto. While the top US architects use it for major construction projects like One International Place in Boston, in Japan and the Middle East it is used for high profile public works.

The Chamber of Commerce of Sakai City, Osaka and the façade of the Red Sea Hospital in Jeddah are examples of cutting edge architecture projects in which Botticino Classico is used to create a spectacular effect. In the age of globalisation, Botticino Classico marble represents a quality that is unique to the production culture which has grown up in its area of origin.